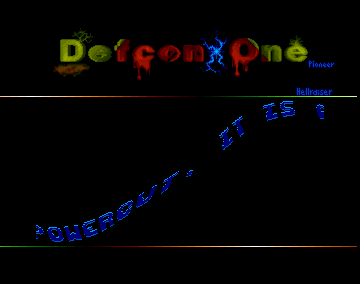 No credits are presented in the intro, but it carries both coder and graphician tags onscreen. The scroller mentions this is relased a few days after the Panic and Treacl Party (2nd and 3rd of march 1991), so a mid march release is likely. They also say "and spread by Frantic on 6.2.91", indicating a FEBRUARY release - but since the date of that party is certain, this is most likely a mistyping, and they meant 6.3.91 - which fits much better with the above information.