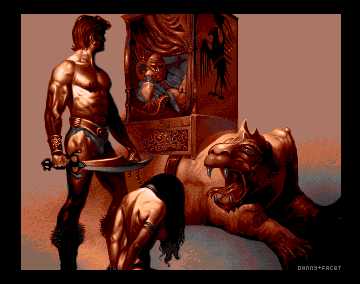 Made to be released at the Destiny Communion 1993 party, but then released a few days later after all competitions at the party were cancelled. Release date is estimated at early september 1993.

Features the fullscreen picture Rink A Dink by Danny and Facet.