by Digitech and Italian Bad Boys 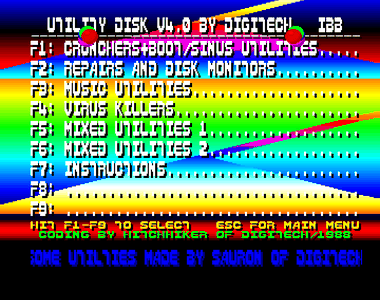 Released at "DIGITECH'S 4:TH MINIPARTY" according to the scrolltext. Also references Digitech - IBB Summer Conference 1989 as an upcoming event, and that took place in july of 1989 - so release date is likely spring or early summer of 1989.