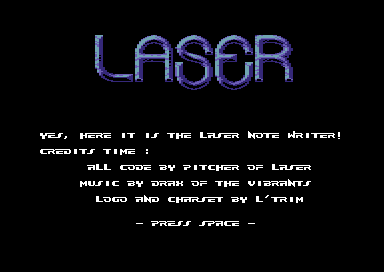 Drax/Vibrants appeared as a guest artist.

Released in a disk compilation with Deflektor +1, 1943 +, Hunters Moon + and Great Giana Sisters +, where only Hunters Moon contained a more specific release date than 1997 (march). All releases in the pack are thus considered to likely be march 1997 releases.