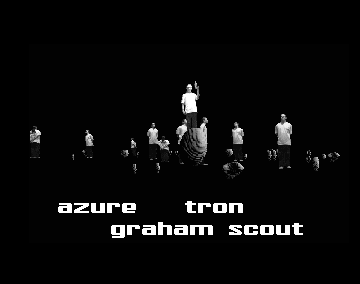 Graham/Oxyron appeared as a guest artist. Widely and mistakenly regarded as a cooperation with C-Lous, in fact Scout was already a full member of Artwork at this time. The compo version lacked the endpart, which was omitted for space constraint reasons. Fiver2's fullscreen picture is Earthpeople, which he competed with at the SiliConvention party in Germany that same weekend.