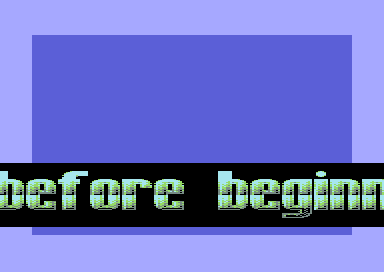 Though this was released as a preview of the full demo, the entire thing was unfortunately never released. The demo comes on two disksides (only one file on the first), totalling 19 files and 783 blocks - not counting the own-coded note, which is an additional 36 blocks, and contains credits and little else. No credits for the actual note could be found. Three ifli fullscreen pictures appear in the demo, one by Cyclone and two by Rayden. Cyclone/Abyss and Taki/Natural Beat appeared as guest artists.