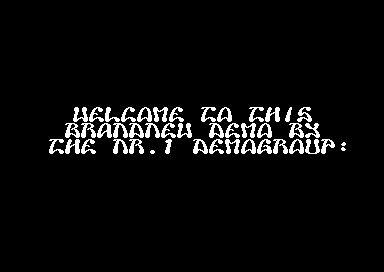 The demo was entered in the competition at The Party, but not officially released until it was spread by Glasnost 20.01-1992. What is strange about this is that several parts appear to have been FREEZED before being linked into the demo, for some reason... Did they not have access to the original files, or something? It does give the demo an unfinished feel. The demo is accompanied with a note (written in Zodiac/Flash Inc's FlashWriter V1.0) with updated credits and information about the demo.