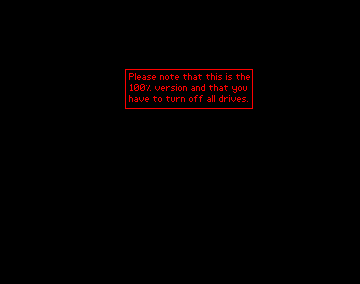 The demo was made for and shown at The Party 1991, but in a wildly unfinished state (for example, trying to load an endpart that was simply not there). The demo was later released to the public in a 100% version on the 29th of march 1991. Tama/Anarchy and Airwalk/Rednex appeared as guest artists.