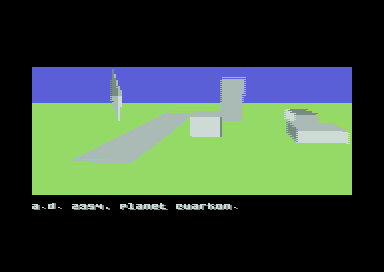 Quote from the Resource homepage; "Our latest trackmo, in form of a two-sided-long vector-movie, the first of its kind on C-64. (It's a bit similar in style to the Amiga 500 classic, Odyssey.) It was made in hurry for MekkaSymposium2000, after realising that we won't have the time to finish our other demo under production, so we made this one in less than two weeks.. :-) The demo got the 6th place (out of 13 entries) which is worse than we hoped for, but the competition was really though, and most people liked our demo after the party anyway... :-)"