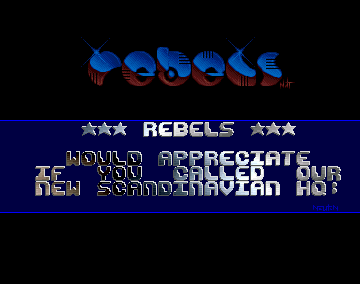 Sector9/Razor 1911 and S.L.L/Kefrens appeared as guest artists. This intro promoted the groups' new bbs Wonderland, as well as its other boards The Rebellion and Swappers Delight. Release date is an estimate, but late march or early april seems likely.