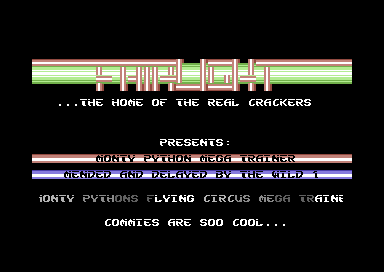 Release date is an estimate.

This crack was rated 1st of 13 versions at 5 files, 266 blocks and six trainers in Gamers Guide 1.

Woodo is not credited in the intro, we know he made this intro since he was credited in other releases where it was used.