by Fairlight and North Star 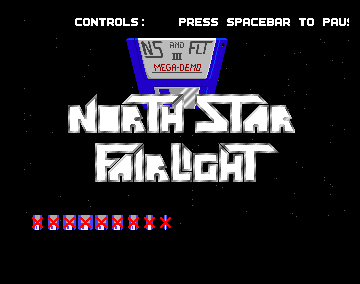 A large making-of article was featured in Exceller 8 2 (february 1989).

While release date has widely been reported as january 1989, text in the NoiseTracker V2.0 demo by Mahoney claimed, "By the release of NorthStar's Megademo 3 late summer 1988".