by Reality and Spaceballs

Invitation for Somewhere In Holland 1994 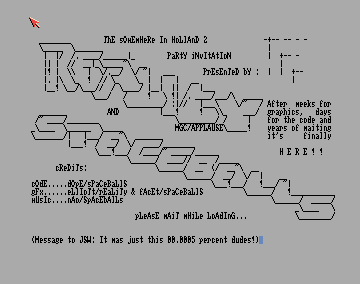