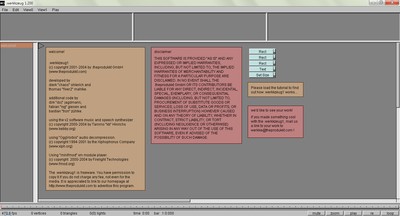 Farbrausch's second demo/intro authoring tool. Main development of version 1.x happened between ca. 2001 and 2003. The formerly internal tool ("Werkzeug", without the additional "k" means "tool") was released to the public in mid-2004. Versions 3.x and 4 are open source since 2012.