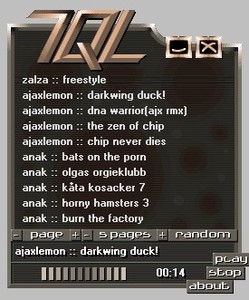 Despite the file_id.diz saying "12/12/99", there is ample evidence this was not released until sometime in 2000. Krii's Sputnik oy that was released at the Elevator demoparty in january 2000, is included here with the text "elevator'00" in the sample text. Hyperunknown's Yhhny v2.0 quotes "may 14:th 2000" in its sample text. Numerous other modules quote "2000" as a release date. The current release date is the date of most files in the archive.